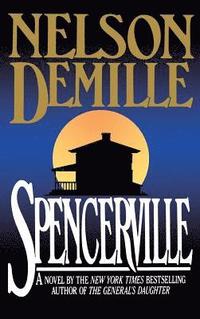 av Nelson Demille
Inbunden Engelska, 1994-12-01
329
Köp
Spara som favorit
Skickas inom 5-8 vardagar.
Fri frakt inom Sverige för privatpersoner.
Keith Landry has lived long enough to have seen the end of the cold war; a war fought without uniforms or rules, a war that has claimed his career and his soul. Now, he has come home to Spencerville, a town in the American heartland that is both familiar and strange, a town as tarnished as Landry himself. But for Landry, Spencerville has one attraction that time has not corrupted. Her name is Annie Prentis, and she had been the one pure love of his youth. Then came Vietnam, and a world gone crazy separated them. Annie had long since married Cliff Baxter, the town's chief of police and its most powerful man, an unfaithful, yet brutally possessive husband, a force more dangerous than any Landry has met on the fields of battle. Landry has vowed: No more violence. No more killing. But now he has to fight one final, unavoidable battle, a battle that will be both his deadliest and his most personal. Confronted with his last chance at redemption, he must violate his oath - calling on all of his skills learned from a lifetime in military and intelligence service to rescue Annie from her sadistic husband, a man equally skilled in the tactics and techniques of death. Landry knows he's got to act rationally and with deadly cunning. Faced with a simple, stark choice - a new life, or no life at all - Landry takes the one critical step in the only direction he can: into the inevitable, explosive confrontation that will decide the fate of three people gripped in a fatal triangle.
Visa hela texten