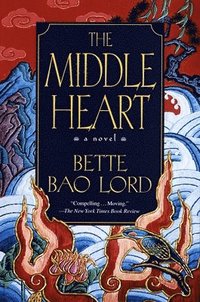 av Bette Bao Lord
Häftad Engelska, 1997-07-01
249
Köp
Spara som favorit
Kan tyvärr inte längre levereras innan julafton.
In 1932, as China shamefully kowtows under Japanese occupation, three unlikely companions are fatefully bound by their steadfast patriotism: Steel Hope, heir to a once-great aristocracy; Mountain Pine, his crippled, scholarly servant; and Firecrackers, a poor gravekeeper's daughter. In a youthful pact, they call themselves the "Brothers of the Middle Heart", vowing to defend their country to the end. Yet as war and, later, the Communist Revolution ignite, cruel circumstances separate them. One becomes a political leader, one a writer, one an actress. But despite incessant historical upheaval, their lives continue to intertwine in poignant, often tragic, ways. Enmeshed in a love triangle, they will live to see their loyalty to one another tested again and again. Through these three richly drawn characters, Bette Bao Lord re-creates the stirring drama of twentieth-century China. In vivid, haunting prose she evokes the outrages that marred fifty years of the Chinese people's existence -- and illuminates the remarkable resilience that defines them to this day.
Visa hela texten