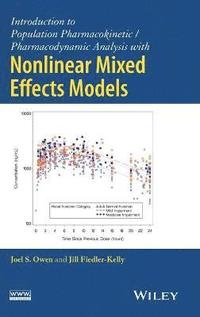 This book may make the User Guide V experience a story from the good old times for the next generation of pharmacometricians. (CPT: Pharmacometrics & Systems Pharmacology, 22 December 2014)

Joel S. Owen is Professor of Pharmaceutics at Union University, Jackson, Tennessee and President and Principal Scientist of Joel S. Owen, LLC. He has led workshops on NONMEM and PK/PD modeling concepts and applications and served as Director PK/PD at Cognigen Corporation in Buffalo, New York. He has published 16 articles in research publications. Jill Fiedler-Kelly is Vice President and Chief Scientific Officer of Cognigen Corporation and Adjunct Associate Professor of Pharmaceutical Sciences at the University at Buffalo. She has been teaching workshops and graduate courses on population modeling for over 10 years and has published more than 20 articles and book chapters on pharmacokinetics and pharmacodynamics.