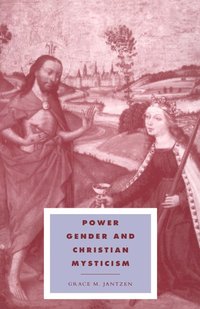 'The first major study of Christian mysticism to utilise a deconstructionist approach, Power, Gender and Christian Mysticism illuminates the meaning of gendered rhetoric in the writings of major male 'mystics' from Plato to Dionysus to Eckhart. Most importantly, through a 'deeper' reading of female mystics and visionaries (often ignored - and sometimes silenced) Grace Jantzen has allowed these women to speak eloquently. Her inescapable conclusion is that we can no longer speak of 'Christian Mysticism,' but of 'Christian Mysticisms', and of these not as intense, private experiences, but as manifesting sets of social relations and representations. This is a scholarly, but at the same time most readable and entertaining work, and I recommend it strongly.' Philip C. Almond, University of Queensland