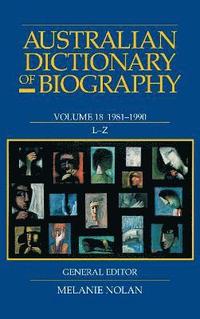 Since 1962 the Australian Dictionary of Biography has been prepared by a team of staff in the Research School of Social Sciences at the Australian National University. It provides concise, informative and fascinating descriptions of prominent men and women of this country who contributed their vision and energies to the nation. The subjects come from a range of walks of life.