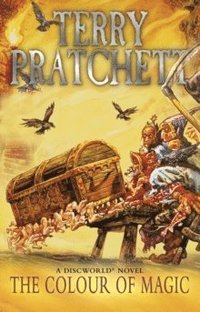 The Colour Of Magic

"One of the best, and one of the funniest English authors" * Independent * "...an ideal introduction to the worlds of science fiction, fantasy and humourous writing for reluctant and avid readers alike." * Booktrusted News *

Bloggat om The Colour Of Magic