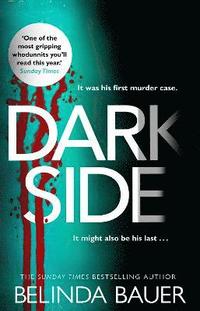 From the Sunday Times bestselling author of Snap

av Belinda Bauer
Häftad Engelska, 2011-09-29
111
Köp
Spara som favorit
Finns även som
Visa alla 1 format & utgåvor
FROM THE SUNDAY TIMES BESTSELLING AUTHOR OF SNAP 'Bauer's great gift is her ability to surprise the reader' Daily Telegraph THE QUESTION IS: WHO IS HUNTING WHO? In a small village where no stranger goes unnoticed, a local woman has been murdered in her bed. This is PC Jonas Holly's first murder investigation. But he is distracted by anonymous messages that seem to come from the killer . . . Is Jonas going to be able to solve the crime, whilst being taunted by a psychopath? ___ 'Impressively original and convincing' Sophie Hannah Readers are gripped by Darkside: 'A captivating read which I couldn't put down' ***** 'Brilliant, clever, crime fiction' ***** 'Gripping and entertaining' *****
Visa hela texten

An extraordinary piece of writing... * Sunday Times (Culture) * Bauer has shifted the boundaries of what makes a truly gripping, terrifying thriller * Daily Mirror * Bauer takes astonishing risks but - like a brilliant ski-jumper - arcs down to the perfect landing * Independent * She can do tragic brilliantly and she can do grim, but every now and then humour breaks into the tale - and she does that almost best of all * Guardian * I would press this one on anyone who loves Kate Atkinson, Bauer really is that good -- ALICE O'KEEFFE * Bookseller *

Belinda Bauer grew up in England and South Africa and now lives in Wales. She worked as a journalist and a screenwriter before finally writing a book to appease her nagging mother. For her debut, Blacklands, Belinda was awarded the CWA Gold Dagger for Crime Novel of the Year. She went on to win the CWA Dagger in the Library for her body of work. Her fourth novel, Rubbernecker, was voted Theakston's Old Peculier Crime Novel of the Year. Her eighth novel, Snap, was a Sunday Times bestseller. It was longlisted for the Man Booker prize and voted Crime & Thriller Book of the Year at the Specsavers National Book Awards. Her books have been translated into twenty-five languages.