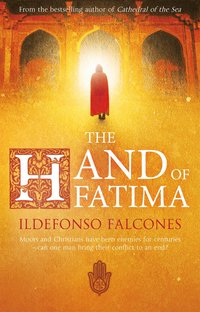 The Hand of Fatima

av Ildefonso Falcones
(1 röst)
Häftad Engelska, 2011-06-01
107
Köp
Spara som favorit
Skickas inom 5-8 vardagar.
Gratis frakt inom Sverige över 159 kr för privatpersoner.
Finns även som
Visa alla 1 format & utgåvor
Snared between two cultures and two loves, one man is forced to choose... 1564, the Kingdom of Granada. After years of Christian oppression, the Moors take arms and daub the white houses of Sierra Nevada with the blood of their victims. Amidst the conflict is young Hernando , the son of an Arab woman and the Christian priest who raped her. He is despised and regularly beaten by his own step-father for his 'tainted' heritage. Fuelled with the love of the beautiful Fatima, Hernando hatches a plan to unite the two warring faiths - and the two halves of his identity...
Visa hela texten

Ildefonso Falcones' first novel, Cathedral of the Sea became a publishing legend with over a million copies sold in Spain alone. It has since been published in over forty countries, becoming a European bestseller. In his latest blockbuster, The Hand of Fatima, Falcones is marking the four hundredth anniversary of the expulsion of the Moors from 17th Century Spain. Falcones is a practising lawyer in Barcelona where he lives with his wife and four sons