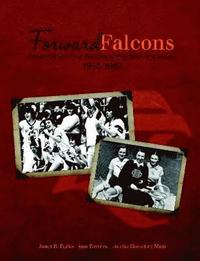 av Janet B Parks, Ann Bowers, Adelia Hostetler Muti
Häftad Engelska, 2011-04-18
229
Köp
Spara som favorit
Forward Falcons documents the history of Bowling Green State University women's sports from 1914 to 1982, the year that BG's women's intercollegiate sports were incorporated into the NCAA. During these earlier years, women coached most of the teams, and organizations composed primarily of women set the program standards. The first chapter provides an overview of women's collegiate sport in the 20th century, both nationally and at BGSU. This chapter is followed by separate chapters about the 13 BGSU teams that enjoyed varsity status at any time through 1982. Other chapters highlight memories and legacies of former participants, as well as the 2005 Leadership Years Celebration and Title IX conference held at BGSU. Reminiscences from athletes, coaches, officials and administrators are woven throughout all chapters, along with numerous photographs and clippings. Forward Falcons is also available on CD on this site.
Visa hela texten