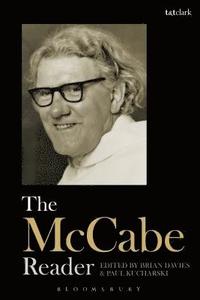 av Brian Davies, Paul Kucharski
Inbunden Engelska, 2016-09-22
1199
Köp
Spara som favorit
Skickas inom 10-15 vardagar.
Fri frakt inom Sverige för privatpersoner.
Finns även som
Visa alla 3 format & utgåvor
Herbert McCabe OP was one of the most intelligent Roman Catholic thinkers of the 20th century, whose writings have enjoyed enormous and welcome success. A significant influence on philosophers such as Anthony Kenny and Alasdair McIntyre, McCabe also counted amongst his friends Seamus Heaney and Terry Eagleton, and moved amongst the literary elite. His wide personal interests are reflected in his writings, which cover a broad range of topics. In this reader we glimpse an insight into the workings of a brilliant mind occupied by topics including the philosophy of God and Christian doctrine, ethics and moral theology, the problem of evil, the philosophical theology of St Thomas Aquinas, the traditional catholic concern for prayer, liturgy, Mary and St Dominic. Further musings reflect on issues that interested McCabe the most - philosophy of God, Christology, fundamental and sacramental theology, and ethics. Edited by Brian Davies and Paul Kucharski, two well known McCabe specialists, the selection is a gem which will be of use to any reader interested in comprehending the key issues for a thoughtful life, and also includes some of McCabe's most dazzling sermons.
Visa hela texten

As the years go by since his death in 2001, Herbert McCabe emerges as one of the twentieth century's finest Catholic thinkers: grounded in decades of reflection on the writings of Thomas Aquinas, his most characteristic themes are skilfully gathered in this excellent anthology. * Fergus Kerr, O.P, University of Edinburgh, UK * Any new collection of essays by Herbert McCabe raises instant expectations of vivacious prose, razor-sharp wit, lucidity of style, high humour, and a host of arresting insights. Can anyone match him for turning a series of profound reflections on God, sin, Creation, evil, redemption and ethics into such delightful entertainment? * Terry Eagleton, University of Lancaster, UK * During his time at Blackfriars Herbert McCabe was an irreplaceable figure on the Oxford scene. No one else combined a Friar Tuck lifestyle and an explosive wit with an intellect that was a match for any don's. This well-chosen selection of texts will serve to introduce McCabe's thought to new readers while giving pleasure to long-standing afficionados. Few philosophers and theologians have been able to combine such density of thought with such clarity of expression. * Sir Anthony Kenny * Herbert McCabe was perhaps the most distinctive and challenging theologian in the anglophone Catholic traditions of the late twentieth century. Alive with energy and wit, his thought closely argued but delightfully lucid, his writings at once challenge lazy thinking and inspire theological creativity. This is a stunning collection. * Denys Turner, Yale University, USA * Now readers of this generation will be able to imbibe Thomas from Herbert, as we all did: from the master among us to our master Thomas, to the Master whose word suffuses the prose. We discover how exciting and surprising that is, as we relish a wit and prose we wish we could deliver ourselves-without envy, in sheer delight. Astute editors waste no time plunging us into the metaphysics of divine action, where we quickly learn how speaking of God outstrips ordinary prose. * Theological Studies * There are many more good things in The McCabe Reader which I must pass over, so I conclude that the set of sermons here published indicates that McCabe must have been a very exciting preacher, able to recall in a few simple words some of the truths about love, freedom, and mere humanity on which he has elaborated in [this book]. * Review of Metaphysics *

Preface Introduction Part I: Philosophy of God and Christian Doctrine God and Creation The Logic of Mysticism The Involvement of God Evil Are Creeds Credible? Doubt is not Unbelief He was Crucified, Suffered Death, and was Buried Nobody Comes to the Father but by Me Prayer Part II: Ethics and Moral Theology The Good Life Politics and Virtue Ethics as Language Teaching Morals Essays on Aquinas A Very Short Introduction to Aquinas Aquinas on God is Good Aquinas on the Trinity Aquinas on the Incarnation Aquinas on Good Sense Sermons Faith The Genealogy of Christ Jesus and Sanctity A Sermon for Easter Motorways and God Render to Caesar Life After Death McCabe Bibliography