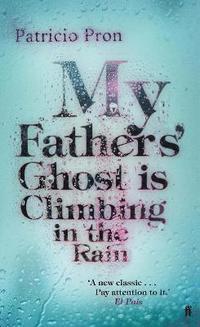 My Fathers' Ghost is Climbing in the Rain

av Patricio Pron
Häftad Engelska, 2013-06-06
229
Köp
Spara som favorit
Finns även som
Visa alla 2 format & utgåvor
This is a daring, deeply affecting novel about the secrets buried in the past of an Argentine family; a story of fathers and sons, corruption and responsibility, memory and history, with a mystery at its heart. A young writer, living abroad, returns home to his native Argentina to say goodbye to his dying father. In his parents' house, he finds a cache of documents - articles, maps, photographs - and unwittingly begins to unearth his father's obsession with the disappearance of a local man. Suddenly he comes face to face with the ghosts of Argentina's dark political past and with the long-hidden memories of his family's underground resistance against an oppressive military regime. As the fragments of the narrator's investigation fall into place - revealing not only a part of his father's life he had tried to forget, but also the legacy of an entire generation - My Father's Ghost Is Climbing in the Rain tells a completely original story of family and remembrance. It is an audacious accomplishment by an internationally acclaimed voice.
Visa hela texten

Patricio Pron, born in 1975, is the author of three story collections and four previous novels, and he also works as a translator and critic. His fiction has appeared in Granta, Zoetrope and The Paris Review, and has received numerous prizes, including the Juan Rulfo Short Story Prize, the Jaen Novel Award, and the 2008 Jose Manuel Lara Foundation Award for one of the five best works published in Spain that year. He lives in Spain.