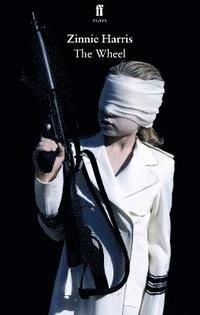 av Zinnie Harris
Häftad Engelska, 2011-08-04
135
Köp
Spara som favorit
Specialorder (osäker tillgång). Skickas inom 11-20 vardagar.
Gratis frakt inom Sverige över 159 kr för privatpersoner.
A man is banished in a soldier's hearing. His daughter is left to wander. In a rash moment, Beatriz offers to take the child back to her father, and so starts an unimaginable journey across continents and in and out of war zones. But in their need to survive, the woman and the child transform in ways that become irreversible. The Wheel by Zinnie Harris premiered at the Traverse Theatre, Edinburgh, in August 2011 in a production by the National Theatre of Scotland. Zinnie Harris is a playwright and screenwriter, her work includes the multi-award-winning play Further than the Furthest Thing, and Spooks. 'A glorious luminosity of spirit...really rather special.' Financial Times on Further than the Furthest Thing
Visa hela texten

Zinnie Harris's plays include the multi-award-winning Further than the Furthest Thing, produced by the National Theatre/Tron Theatre in 2000 (1999 Peggy Ramsay Playwriting Award, 2001 John Whiting Award, Edinburgh Festival Fringe First award); Nightingale and Chase (Royal Court Theatre, 2001); By Many Wounds (Hampstead Theatre, 1999); and Silver Whale Fish and Master of the House (BBC Radio Four). Solstice, the first in a trilogy of plays, was staged in 2005 by the RSC, who had already presented Midwinter in 2004; the last, Fall, was staged at the Traverse, Edinburgh, in 2008. The Wheel was staged at the Traverse Theatre by the National Theatre of Scotland in 2011. Zinnie Harris has received an Arts Foundation Fellowship for playwriting, and was Writer in Residence at the RSC, 2000-2001.