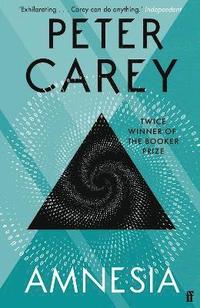 av Peter Carey
Häftad Engelska, 2015-05-21
119
Köp
Spara som favorit
Finns även som
Visa alla 2 format & utgåvor
A Sunday Times, Daily Telegraph and Guardian Book of the Year When Gaby Baillieux, a young woman from suburban Melbourne, releases the Angel Worm into the computers of Australia's prison system, hundreds of asylum seekers walk free. Worse: the system is run by an American corporation, so some 5,000 US prisons are also infected. Doors spring open. Both countries' secrets threaten to pour out, Was this intrusion a mistake, or has Gaby declared cyberwar on the US? Felix Moore - known to himself as 'Australia's last serving left-wing journalist' - has no doubt. Her act was part of the covert conflict between Australia and America that dates back decades. While Gaby goes to ground, Felix begins his pursuit of her in order to write her story; to save her, and himself, and maybe his country.
Visa hela texten

Twice winner of the Booker Prize, Peter Carey's most recent novel Parrot and Olivier in America was described by the New Yorker as 'a comic masterpiece' and by the Sunday Times as 'an exhilarating tour-de-force'. It was shortlisted for both the Man Booker Prize and a National Book Award in 2010.