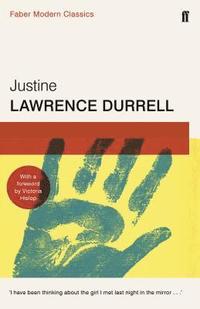 av Lawrence Durrell, Andre Aciman
Häftad Engelska, 2017-08-03
106
Köp
Spara som favorit
Skickas inom 7-10 vardagar.
Fri frakt inom Sverige över 159 kr för privatpersoner.
Kan levereras innan jul!
Finns även som
Visa alla 4 format & utgåvor
In the first book of Durrell's Alexandria Quartet, the story of the mysterious and charismatic Justine is told by her lover, an impoverished Irish teacher who has sought refuge across the Mediterranean in Greece. It is a love story, but the real heroine of the book is its setting: the city of Alexandria, with a sky of 'hot nude pearl' and a thousand streets below, crowded, sensual and exotic; a complex and heady mix of elegance and poverty.
Visa hela texten

Lawrence Durrell was a British novelist, poet, dramatist, and travel writer. Born in 1912 in India to British colonial parents, he was sent to school in England and later moved to Corfu with his family - a period which his brother Gerald fictionalised in My Family and Other Animals - later filmed as The Durrells in Corfu - and which he himself described in Prospero's Cell. The first of Durrell's island books, this was followed by Reflections on a Marine Venus on Rhodes; Bitter Lemons, on Cyprus, which won the Duff Cooper Memorial Prize; and, later, The Greek Islands. Durrell's first major novel, The Black Book, was published in 1938 in Paris, where he befriended Henry Miller and Anais Nin - and it was praised by T. S. Eliot, who published his poetry in 1943. A wartime sojourn in Egypt inspired his bestselling masterpiece, The Alexandria Quartet (Justine, Balthazar, Mountolive and Clea) which he completed in his new home in Southern France, where in 1974 he began The Avignon Quintet. When he died in 1990, Durrell was one of the most celebrated writers in British history.