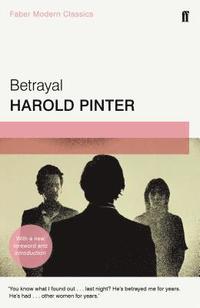 av Harold Pinter
Häftad Engelska, 2018-02-01
129
Köp
Spara som favorit
Skickas inom 5-8 vardagar.
Gratis frakt inom Sverige över 159 kr för privatpersoner.
Finns även som
Visa alla 4 format & utgåvor
Harold Pinter's Betrayal received its premiere at the National Theatre, London, in November 1978. After an initially guarded response from the critics, the work was rapidly reevaluated and won the Olivier Award for Best New Play the following year. Set in London and Venice the play has an innovative chronology that opens at the end of an affair and works its way backwards over nine years, from 1977 to 1968. It is widely considered one of the playwright's pivotal works.
Visa hela texten