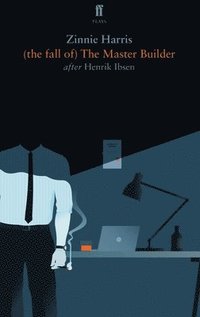 (the fall of) The Master Builder

Zinnie Harris's plays include the multi-award-winning Further than the Furthest Thing (National Theatre/Tron Theatre; winner of the 1999 Peggy Ramsay Award, 2001 John Whiting Award, Edinburgh Fringe First Award), How to Hold Your Breath (Royal Court Theatre; joint winner of the Berwin Lee Award), The Wheel (National Theatre of Scotland; joint winner of the 2011 Amnesty International Freedom of Expression Award), Nightingale and Chase (Royal Court Theatre), Midwinter, Solstice (both RSC), Fall (Traverse Theatre/RSC), By Many Wounds (Hampstead Theatre) and the trilogy This Restless House (Citizens Theatre/National Theatre of Scotland), based on Aeschylus' Oresteia. Also, Ibsen's A Doll's House for the Donmar Warehouse, Strindberg's Miss Julie for the National Theatre of Scotland and Webster's The Duchess (of Malfi) (Royal Lyceum Theatre). Zinnie received an Arts Foundation Fellowship for playwriting, and was Writer in Residence at the RSC, 2000-2001. She is Professor of Playwriting and Screenwriting at St Andrews University, and was the Associate Director at the Traverse Theatre from 2015-2018. Henrik Ibsen (1828-1906), Norwegian poet and playwright, was one of the shapers of modern theatre, who tempered naturalism with an understanding of social responsibility and individual psychology. His earliest major plays, Brand (1866) and Peer Gynt (1867), were large-scale verse dramas, but with Pillars of the Community (1877) he began to explore contemporary issues. There followed A Doll's House (1879), Ghosts (1881) and An Enemy of the People (1882). A richer understanding of the complexity of human impulses marks such later works as The Wild Duck (1885), Rosmersholm (1886), Hedda Gabler (1890) and The Master Builder (1892), while the imminence of mortality overshadows his last great plays, John Gabriel Borkman (1896) and When We Dead Awaken (1899).