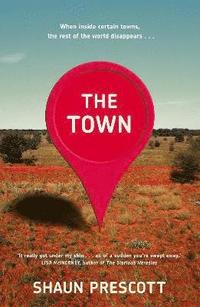 av Shaun Prescott
Häftad Engelska, 2019-08-01
119
Köp
Spara som favorit
Skickas inom 7-10 vardagar.
Fri frakt inom Sverige över 159 kr för privatpersoner.
Kan levereras innan jul!
Finns även som
Visa alla 2 format & utgåvor
In an unnamed, dead-end town in the heart of the outback, a young writer arrives to research small settlements that have vanished into oblivion. He finds the town's hotel empty of guests, the train station without trains, and the local bus circling its route without picking up any passengers. The townsfolk themselves have collective amnesia and show an aggressive distrust towards outsiders. The town is in decline, but the writer didn't expect it to be literally disappearing before his eyes: an epidemic of mysterious holes is threatening the town's very existence, plunging him into an abyss of weirdness from which he may never return.
Visa hela texten

Shaun Prescott is a writer based in the Blue Mountains in New South Wales. He has self-released several small books of fiction, including Erica From Sales and The End of Trolleys, and has been the editor of Crawlspace Magazine. His writing has appeared in The Lifted Brow, The Guardian, and Meanjin, among other places, and The Town is his debut novel.