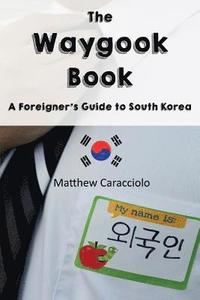 A Foreigner's Guide to South Korea

av Matthew Caracciolo
Häftad Engelska, 2019-01-18
199
Köp
Spara som favorit
Skickas inom 5-8 vardagar.
Fri frakt inom Sverige för privatpersoner.
Sometimes home is best understood from the other side of the world. It?s Chicago in 2012, and Matthew has three jobs, two degrees, and one relentless itch to return home to Ohio. Rather than drive 317 miles east to Columbus, he and his wife travel 6600 miles west to teach English in South Korea. Follow Matthew as he navigates living, working and traveling in the Land of the Morning Calm. Whether he?s plucking gray hairs for a co-teacher, visiting a toilet museum, or starring in a Johannes Gutenberg documentary, Matthew approaches each new adventure along his journey home with wit, heart, and a good dose of cluelessness.
Visa hela texten

Matthew Caracciolo is a travel writer who primarily focuses on South Korea, the Midwest, and his hometown of Columbus, Ohio. His work has appeared on Amateurtraveler.com, in the Daegu Compass, Columbus Navigator, Columbus: A Book Project, and his blog on matthewcaracciolo.com. The Waygook Book: A Foreigner's Guide to South Korea is his debut novel. He lives in Columbus with his wife and their son.

A Second Round of Holidays. 176

That Far, Marvelous Country on the Bottom of the World. 182