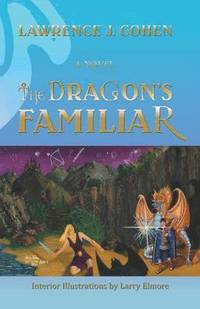 Twelve-year-old Cory Avalon was just another kid lost in Brooklyn's childcare system. He had no idea he was born with the gift of magic until the day he stood too close to that demonic mirror in an abandoned building, and fell through the shadowy veil into the enchanted world of Abydonne. Recognized as a rare magus, Cory is quickly apprenticed to the king's royal wizard, Math the Ancient, to learn how to control his natural talents before they overwhelm him.

However, Cory's power grows too quickly for even his master to contend with. In three short months, the boy learns how to hurl magical lightning, erect shields, turn invisible, and even how to fly. After Cory summons a young golden dragon for his familiar, Math confides in his brother wizard Ilmarinen, and in a shaking voice, whispers the words "archwizard" and "boy of the prophecy."

Why does Master Math think Cory can defeat the evil Asmodeus in his stronghold of Abyollydd, and why is he being sent to learn from the mysterious enchanter Vainamoinen, who lives in an enchanted fortress, floating in the clouds?

Based upon rich Welsh and Finnish mythology, the author weaves a complex and beautifully crafted tale which can only be called the Fifth Branch of the Mabinogion.
Visa hela texten