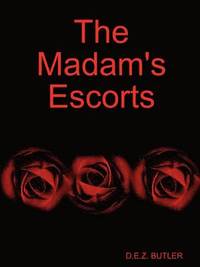 av D E Z Butler
Häftad Engelska, 2008-05-01
249
Köp
Spara som favorit
Skickas inom 10-15 vardagar.
Fri frakt inom Sverige för privatpersoner.
The girls wanted to survive and live a fantasy that most women will think of someday but never try. The forbidden frolic and the long walk to Satan's door and back again. These women knocked upon that door and some became lost and entered to lose their very souls to the money they made. There were those men and women that seemed to have the keys to Satan's many rooms. While other women made the journey that their various preachers told them they should never think about. But with soul intact fell back into religion to preach the evils of the sin that escorting was to them. Almost all of these women broke the cardinal rule of having sex without the piece of paper, well- typed, to say they were bound to one man and only one man. The Harlots of San Francisco was what many people called them. For me they were my Professional Escorts. They were all part of the new Barbary Coast, the new public bounty of flesh for money trade abounding all through the last twenty years of the twentieth century.
Visa hela texten