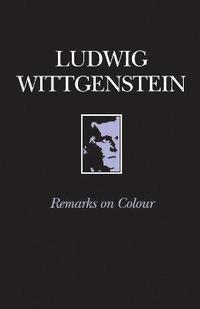 av Ludwig Wittgenstein, G E M Anscombe
Häftad Engelska, 1979-07-01
239
Köp
Spara som favorit
Skickas inom 7-10 vardagar.
Fri frakt inom Sverige för privatpersoner.
Finns även som
Visa alla 1 format & utgåvor
This book comprises material on colour which was written by Wittgenstein in the last eighteen months of his life. It is one of the few documents which shows him concentratedly at work on a single philosophical issue. The principal theme is the features of different colours, of different kinds of colour (metallic colour, the colours of flames, etc.) and of luminosity--a theme which Wittgenstein treats in such a way as to destroy the traditional idea that colour is a simple and logically uniform kind of thing.
Visa hela texten

Ludwig Wittgenstein (1889-1951) was arguably the most influential philosopher of the twentieth century. He was born in Vienna, but studied and practiced philosophy in Great Britain. He was a professor of philosophy at the University of Cambridge from 1939 until 1947. He worked in and transformed the fields of logic, the philosophy of mathematics, the philosophy of mind, and the philosophy of language. Anscombe (1919-2001) read classics and philosophy at St Hugh's College, Oxford from 1937 to 1941 in which year she married the philosopher Peter Geach. She subsequently researched in philosophy at Newnham College, Cambridge where she became a student and friend of Ludwig Wittgenstein. One of his literary executors, she played a large part in editing his unpublished works and was their principal English translator. In 1946 she returned to Oxford as a University Lecturer in 1951. From 1970 until her retirement in 1986 she held the Chair of Philosophy at Cambridge.