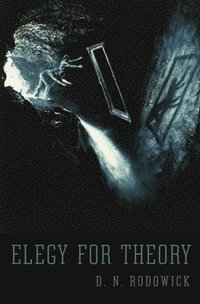 Rodowick's project is not merely to make yet another intervention in the often rhetorically-charged debates in favor of or against 'theory' that have occupied, divided, and haunted scholars across the humanities in the last decades. Instead, he opens the space for a historical, intellectual, and philosophical journey in quest of the 'senses of theory' that is simultaneously an ethical and political commitment to a specific vision of what the humanities are and should continue to be in the twenty-first century.--Paola Marrati, Johns Hopkins University While remaining rooted in the intellectual history of cinema studies, here Rodowick situates that history within a longer, larger story. Significantly, he seeks to show how theory's changing applications to film exemplify its more general trajectory across the arts and humanities--a narrative whose sheer scale and complexity, he contends, now needs to be brought into focus... If theory moves forward by looking back, then Rodowick's own work epitomizes the metacritical spirit it describes. In this essential respect, Elegy for Theory surpasses its humbly stated aim of 'clarifying' the history of a concept. While it is true that readers of Rodowick's book will discover new insights into the story of theory, the exhilaration aroused by those 'steep turns [...] and surprising vistas' stems as much from the structure and form of the story's telling: to follow Rodowick's argument is, in a way, to witness the spiraling swerve of theory enveloping and comprehending itself... Toward the end of this book, Rodowick writes of the era of theory that 'to feel one's self at the end of something inspires reflection on its ends.' In itself, his inspired reflection revives the stream of ideas on which it reflects; if this is only an elegy, it's one that instills its object with endless energy.-- (01/16/2014) This is a remarkable book: massively ambitious, brilliantly erudite, and exceptionally lucid. As a companion book to the earlier The Virtual Life of Film, it extends the argument of that first book to demonstrate the centrality and importance of an aesthetic philosophy for the arts and humanities and particularly for cinema studies. Elegy for Theory offers a flexible, informed, and convincing perspective on the past and future of film theory--a magnificent book.--Timothy Corrigan, University of Pennsylvania Elegy for Theory is an important intervention into the debate about the role and nature of theory in film studies and, more broadly, the humanities. This book should be required reading for film scholars, and will be of interest to all those interested in the nature of humanistic scholarship.--Thomas Wartenberg, Mount Holyoke College Elegy for Theory is a daring, subtle, and important book... I take Elegy for Theory to be Rodowick's attempt to do for cinema studies what Rorty's Philosophy and the Mirror of Nature did for (some might say, to) philosophy, or what Thomas Kuhn's The Structure of Scientific Revolutions, and more recently, Hans-Jorg Rheinberger's On Historicizing Epistemology, have done for the history of science... Elegy for Theory is, among many other things, a model for thinking not only about how to do the kind of genealogical work on classical film theory that is by now well underway, but it also offers an important justification for pursuing this kind of work at all--and expressly for the sake of the discipline of film studies, as such... I read Elegy for Theory as an important provocation against the very certainty that follows from an absolute separation between theory and philosophy.--Brian Price"New Review of Film and Television Studies" (10/01/2014)

D. N. Rodowick is Glen A. Lloyd Distinguished Service Professor at the University of Chicago.