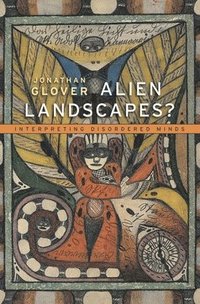 av Jonathan Glover
Inbunden Engelska, 2014-09-02
279
Köp
Spara som favorit
Skickas inom 7-10 vardagar.
Gratis frakt inom Sverige över 159 kr för privatpersoner.
We have made huge progress in understanding the biology of mental illnesses, but comparatively little in interpreting them at the psychological level. The eminent philosopher Jonathan Glover believes that there is real hope of progress in the human interpretation of disordered minds. The challenge is that the inner worlds of people with psychiatric disorders can seem strange, like alien landscapes, and this strangeness can deter attempts at understanding. Do people with disorders share enough psychology with other people to make interpretation possible? To explore this question, Glover tackles the hard cases?the inner worlds of hospitalized violent criminals, of people with delusions, and of those diagnosed with autism or schizophrenia. Their first-person accounts offer glimpses of inner worlds behind apparently bizarre psychiatric conditions and allow us to begin to learn the ?language? used to express psychiatric disturbance. Art by psychiatric patients, or by such complex figures as van Gogh and William Blake, give insight when interpreted from Glover's unique perspective. He also draws on dark chapters in psychiatry's past to show the importance of not medicalizing behavior that merely transgresses social norms. And finally, Glover suggests values, especially those linked with agency and identity, to guide how the boundaries of psychiatry should be drawn. Seamlessly blending philosophy, science, literature, and art, Alien Landscapes? is both a sustained defense of humanistic psychological interpretation and a compelling example of the rich and generous approach to mental life for which it argues.
Visa hela texten

[An] interesting and readable book, the professed aims of which are to make mental health patients seem less alien and to emphasize the role of the humane and the humanities in psychiatry...Admirable.--Iain McGilchrist"Literary Review" (02/01/2015) A great read, and genuinely illuminating on the inner lives of patients with disorders, and their implications for responsibility and identity. This book is for all of us who have had the impulse to write off someone as 'crazy, ' meaning: there isn't any point in trying to engage or understand what's going on with this person. This is a timely and well-crafted book.--John Campbell, University of California, Berkeley A wide-ranging philosophical investigation of psychology and a psychological examination of philosophy.--Jonathon Keats"New Scientist" (09/13/2014) This book should become a classic in the study of philosophy and psychiatry. The lucidity of the writing makes it, at once, profound and accessible. While acknowledging the substantial contribution of the biological sciences to our understanding of unusual mental states, Glover explores in depth how far an observer can make sense of--or 'interpret'--them. The implications for how we might think about 'values, ' 'identity, ' 'agency, ' the boundaries of 'illness, ' and treatment are most richly drawn.--George Szmukler, King's College London A searching, humane look at the lives of the mentally ill, whose inner worlds can be alien landscapes indeed. Examining a population of hospitalized patients in Britain, ethicist Glover asks whether it is true that people who suffer from anti-social disorders are truly without conscience or whether it might not be that their moral world simply maps onto different territory from other people's--an important distinction in considering such things as the ability to recognize right from wrong and accept responsibility for one's actions.-- (09/15/2014) Glover attempts a close encounter of the intellectual kind as he probes the ethical aspects of mental disorders and opens up new terrain in an age-old discussion. Responding to the long-standing discord between humanist and scientific perspectives on mental illness--an imbalance that consistently favors science--Glover aims to restore humanist views to the discussion through a sensitive examination of art, literature, and, perhaps most noteworthy, interviews with people who have mental disorders... For the philosophically inclined, Glover's exploration will prove to be an exciting and informative text.-- (07/07/2014)

Jonathan Glover is Professor of Ethics at the School of Law, King's College London.