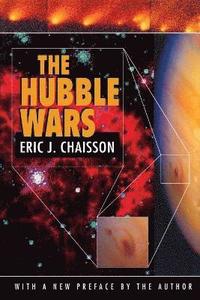 Astrophysics Meets Astropolitics in the Two-Billion-Dollar Struggle over the Hubble Space Telescope, With a New Preface

av Eric J Chaisson
Häftad Engelska, 1998-05-01
159
Köp
Spara som favorit
Skickas inom 7-10 vardagar.
Fri frakt inom Sverige över 159 kr för privatpersoner.
The Hubble space telescope is the largest, most complex, and most powerful observatory ever deployed in space, designed to allow astronomers to look far back into our own cosmic past. Yet from its launch in 1990 when it was discovered that a flawed mirror was causing severe "myopia" and sending fuzzy images back to Earth, the HST has been at the centre of a controversy over who was at fault for the flaw and how it should be fixed. Eric Chaisson, the senior scientist on the HST project, tells the inside story of the much-heralded mission to fix the telescope. Drawing on his journals, Chaisson recreates the day-to-day struggles of scientists, politicians, and publicists to fix the telescope and control the politcal spin. Illustrated with "before and after" full-colour pictures from the telescope and updated with a new preface. This book tells a story of scientific comedy and error.
Visa hela texten

This book recounts the inside story of how the mission to fix the telescope was undertaken, recreating the day-to-day problems of scientists and others involved as they determined how to fix the telescope as well as controlling the political aspects with 'damage-limitation' actions. This second edition, which comes at the halfway point in the HST's planned mission of 15 years, now brings the Hubble story up to date by sorting out the spectacular from the mundane contributions it has made to our knowledge of the Solar System, the Milky Way and the distant galaxies over that period.--Spaceflight There are many interesting nuggets in the book and much of it is good reading.--Bob Dryden "Astronomy Now " [A]n absorbing personal history of the Hubble project... The Hubble Wars is a technological thriller, contentious expose, and popularized science. It may be the most readable and instructive book on the doing of science since James Watson wrote The Double Helix.--Chet Raymo "New York Times Book Review "

Eric J. Chaisson is a Research Associate at the Harvard-Smithsonian Center for Astrophysics. He is the author of Cosmic Dawn, nominated for the National Book Award for distinguished science writing.