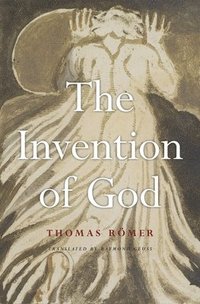 The Invention of God

av Thomas Roemer
Inbunden Engelska, 2015-12-14
372
Köp
Spara som favorit
Kan tyvärr inte längre levereras innan julafton.
Who invented God? When, why, and where? Thomas Roemer seeks to answer these questions about the deity of the great monotheisms-Yhwh, God, or Allah-by tracing Israelite beliefs and their context from the Bronze Age to the end of the Old Testament period in the third century BCE. That we can address such enigmatic questions at all may come as a surprise. But as Roemer makes clear, a wealth of evidence allows us to piece together a reliable account of the origins and evolution of the god of Israel. Roemer draws on a long tradition of historical, philological, and exegetical work and on recent discoveries in archaeology and epigraphy to locate the origins of Yhwh in the early Iron Age, when he emerged somewhere in Edom or in the northwest of the Arabian peninsula as a god of the wilderness and of storms and war. He became the sole god of Israel and Jerusalem in fits and starts as other gods, including the mother goddess Asherah, were gradually sidelined. But it was not until a major catastrophe-the destruction of Jerusalem and Judah-that Israelites came to worship Yhwh as the one god of all, creator of heaven and earth, who nevertheless proclaimed a special relationship with Judaism. A masterpiece of detective work and exposition by one of the world's leading experts on the Hebrew Bible, The Invention of God casts a clear light on profoundly important questions that are too rarely asked, let alone answered.
Visa hela texten

Roemer, a distinguished scholar rather than an ideologue, seeks to determine exactly what is historical and exactly what is not in the depiction of God. This is a brilliant book. -- Robert A. Segal * Times Higher Education * Roemer presents a scholarly and provocative account of how a minor tribal deity likely grew to become-or revealed himself to be-Lord of Creation. -- David O'Reilly * Philadelphia Inquirer * Ro mer is interested in the emergence of a deity whose nature is now so familiar that its startling originality no longer startles. -- Brian Bethune * Maclean's * It reads very well, is well translated and has a bit of the excitement of discovery for engaged readers. -- John C. Endres and Jean-Francois Racine * America * Roemer deftly weaves together evidence from the Bible with extra-biblical archeological finds that mention Israel and Yhwh to outline the development of monotheism... Not until Jerusalem's destruction in 587 BCE did Yhwh become the universal, monotheistic god untied to place or particular monarch, the god who was later adopted by Christians and Muslims. Roemer writes with clarity and accuracy and tells a compelling story. This book is a masterful work, tying together an enormous amount of information in a concise format. * Publishers Weekly (starred review) * There is nothing quite like this book in English. The Invention of God traces the history of the God of Israel from the late Bronze Age to the Hellenistic period, charting the rise of Yhwh as the sole God. The period covered is vast, the thesis is provocative and stimulating, and the scholarship is cutting-edge. -- Timothy Lim, University of Edinburgh Roemer is a sure-footed guide to what is often a difficult discussion. A learned and elegant book. -- Nathan MacDonald, University of Cambridge Roemer is the first to have brought all the relevant material together in such an accessible form, setting out both literary and archaeological evidence clearly and readably. -- John Barton * Church Times * [An] excellent book...A masterly work of historical detection that looks at the evolution of Jewish faith from the Bronze Age to the Hellenic period. This is a superb work of scholarship. -- Paul Richardson * The Church of England Newspaper *