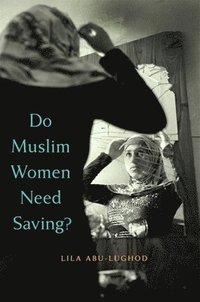 av Lila Abu-Lughod
Inbunden Engelska, 2013-11-08
319
Köp
Spara som favorit
Skickas inom 7-10 vardagar.
Fri frakt inom Sverige för privatpersoner.
Finns även som
Visa alla 3 format & utgåvor
Frequent reports of honor killings, disfigurement, and sensational abuse have given rise to a consensus in the West, a message propagated by human rights groups and the media: Muslim women need to be rescued. Lila Abu-Lughod boldly challenges this conclusion. An anthropologist who has been writing about Arab women for thirty years, she delves into the predicaments of Muslim women today, questioning whether generalizations about Islamic culture can explain the hardships these women face and asking what motivates particular individuals and institutions to promote their rights. In recent years Abu-Lughod has struggled to reconcile the popular image of women victimized by Islam with the complex women she has known through her research in various communities in the Muslim world. Here, she renders that divide vivid by presenting detailed vignettes of the lives of ordinary Muslim women, and showing that the problem of gender inequality cannot be laid at the feet of religion alone. Poverty and authoritarianism--conditions not unique to the Islamic world, and produced out of global interconnections that implicate the West--are often more decisive. The standard Western vocabulary of oppression, choice, and freedom is too blunt to describe these women's lives. Do Muslim Women Need Saving? is an indictment of a mindset that has justified all manner of foreign interference, including military invasion, in the name of rescuing women from Islam--as well as a moving portrait of women's actual experiences, and of the contingencies with which they live.
Visa hela texten

In accessible, lucid prose, Abu-Lughod explains how sensationalized memoirs, or 'pulp nonfiction, ' have perpetuated stereotypes and made Muslim women a symbol of an alien culture. The author dispassionately points out the hypocrisy of colonial feminism, and how more often than not, there is a clear political agenda behind the liberation of the 'women of cover' and how the role of the U.S. is often overlooked. The women presented here see their Islamic faith as a source of strength to fight injustice, not the cause of it. They're not asking to be rescued from their religion, the author contends, but from the discriminatory legal system, poverty, outdated patriarchal family traditions, and border controls that continue to inhibit their freedom. While offering no easy solution, the author recommends observation over moral crusades, stating: 'Anyone seriously interested in Muslim women's rights must follow them as they move.' This book is an excellent place to begin.-- (08/12/2013) Saving Muslim women is now a global undertaking in which the participants are both Muslim and non-Muslim. Lila Abu-Lughod's book is a critical reflection on this mushrooming industry, and its representatives, representations and bureaucracy... Abu-Lughod succeeds in...exposing several stubbornly persistent myths. She critically assesses the vast number of sensational representations of women, written by Muslims and others, about the general repression in a so-called IslamLand. She follows the trail of global feminism in the extensive bureaucracy, institutions and non-governmental organizations that have emerged since the 1990s, all claiming to save Muslim women... Her focus on analyzing how individual Muslim women experience freedom, rights and constraints brings a much-needed perspective... She offers a panoramic view of women's multiple experiences in their own contexts, thereby dismissing sweeping generalizations about these women being a homogeneous oppressed mass. She urges us to look at contexts shaped by global politics, international capital and modern state institutions that all contribute to changing landscapes of family and community. Abu-Lughod reminds us that rights may be universal but above all they are projects bounded by political contexts, institutions and language... This book is destined to unsettle the convictions of those concerned with saving Muslim women. Many will find it shocking for its uncompromising critique of recent moral crusades, while careful readers will doubtless find in it enough ammunition to deconstruct projects that may seem worth pursuing, but ultimately are not as focused on improving women's lives in faraway places as they first appear. Abu-Lughod dissolves geographical boundaries, exposes the limits of global morality, and deconstructs the international power context that allows Muslim women to remain that distant voiceless other, awaiting intervention. It invites us to think not only about dominant representations of Muslim women in images and words, but also about our own engagement with the other, which has always taken place in an unequal context.-- (11/07/2013) The book's principal strengths lie in skillfully deconstructing the symbolic significance of a range of high profile 'moral crusades' involving Muslim women which have captured the global imagination. Abu-Lughod highlights how the most basic conditions of these women's lives are set by political forces that are often national or even international in origin even if they are local in effect...She argues that concepts such as 'oppression, ' 'choice, ' and 'freedom' are blunt instruments for capturing the dynamics and quality of Muslim women's lives in these places. In addition to revealing such characterizations as overly simplistic, Abu-Lughod also analyses the politics and the ethics of the international circulation of discourses about 'the oppressed Muslim woman.' She shows, for example, how debates on the veil and discussions of honor crimes are

Lila Abu-Lughod is the Joseph L. Buttenwieser Professor of Social Science at Columbia University, where she teaches anthropology and women's studies.