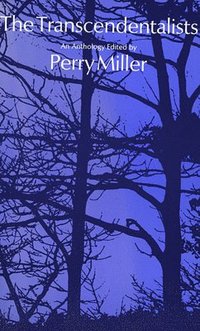 av Perry Miller
Häftad Engelska, 1950-07-01
379
Köp
Spara som favorit
Specialorder (osäker tillgång). Skickas inom 11-20 vardagar.
Fri frakt inom Sverige för privatpersoner.
The late Perry Miller once stated, "I have been compelled to insist that the mind of man is the basic factor in human history," and his study of the mind in America has shaped the thought of three decades of scholars. The fifteen essays here collected-several of them previously unpublished-address themselves to the facets of the American consciousness and to their expression in literature from the time of the Cambridge Agreement to the Nobel Prize acceptance speeches of Hemingway and Faulkner. A companion volume to Errand into the Wilderness, its general theme is one adumbrated in Miller's two-volume masterpiece, The New England Mind-the thrust of civilization into the vast, empty continent and its effect upon Americans' concept of themselves as "nature's nation." The essays first concentrate on Puritan covenant theology and its gradual adaptation to changing condition in America: the decline in zeal for a "Bible commonwealth," the growth of trade and industry, and the necessity for coexisting with large masses of unchurched people. As the book progresses, the emphasis shifts from religion to the philosophy of nature to the development of an original literature, although Miller is usually analyzing simultaneously all three aspects of the American quest for self-identity. In the final essays, he shows how the forces that molded the self-conscious articulateness of the early New Englanders still operate in the work of contemporary American writers.
Visa hela texten

Perry Miller has skillfully edited the articles, essays, poems, and addresses of the New England transcendentalists, who roused such a vital tempest in the Boston teacup in the romantic 1830s. In compiling this anthology Mr. Miller has arranged the material to give a clear view of the early beginnings of the transcendentalist group, their flowering, and their disintegration.--Saturday Review The story of transcendentalism in terms of selections from the writings of its chief proponents, and with representative comments by its enemies, puts a solid foundation under a significant episode... Professor Miller has skillfully retraced the lines of battle in what was one of the most momentous conflicts of mind and spirit that this country has known, a conflict unparalleled until the intellectual crisis of the 1920s. He has supplied an indispensable unit for the study of the intellectual, social, and literary history of the United States... The anthology he has compiled is a monument to the best sort of scholarship. It places the past in true perspective and makes it live again.--George F. Whicher "New York Herald Tribune Book Review "