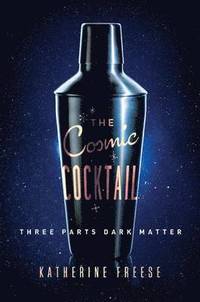 av Katherine Freese
Inbunden Engelska, 2014-05-04
249
Bevaka
Spara som favorit
Tillfälligt slut – klicka "Bevaka" för att få ett mejl så fort boken går att köpa igen.
Finns även som
Visa alla 2 format & utgåvor
The ordinary atoms that make up the known universe--from our bodies and the air we breathe to the planets and stars--constitute only 5 percent of all matter and energy in the cosmos. The rest is known as dark matter and dark energy, because their precise identities are unknown. The Cosmic Cocktail is the inside story of the epic quest to solve one of the most compelling enigmas of modern science--what is the universe made of?--told by one of today's foremost pioneers in the study of dark matter. Blending cutting-edge science with her own behind-the-scenes insights as a leading researcher in the field, acclaimed theoretical physicist Katherine Freese recounts the hunt for dark matter, from the discoveries of visionary scientists like Fritz Zwicky--the Swiss astronomer who coined the term "dark matter" in 1933--to the deluge of data today from underground laboratories, satellites in space, and the Large Hadron Collider. Theorists contend that dark matter consists of fundamental particles known as WIMPs, or weakly interacting massive particles. Billions of them pass through our bodies every second without us even realizing it, yet their gravitational pull is capable of whirling stars and gas at breakneck speeds around the centers of galaxies, and bending light from distant bright objects. Freese describes the larger-than-life characters and clashing personalities behind the race to identify these elusive particles. Many cosmologists believe we are on the verge of solving the mystery. The Cosmic Cocktail provides the foundation needed to fully fathom this epochal moment in humankind's quest to understand the universe.
Visa hela texten

"In The Cosmic Cocktail, Professor Katie Freese offers a gripping first-person account of her life as a cosmologist. The recipe? Part memoir, part tutorial, part social commentary. Shaken, not stirred."--Neil deGrasse Tyson, astrophysicist, host of the television series Cosmos: A Spacetime Odyssey "In prose as in life, Katherine Freese is never boring... Clear and accessible ... The Cosmic Cocktail is an excellent primer for the intrigued generalist, or for those who have spent too much time in particle-physics labs and want to catch up on what cosmologists are up to."--Francis Halzen, Nature "Freese ... tells a lively personal tale of her trajectory through the world of science... You end up thinking that being a physicist is certainly important and definitely difficult--but it could also be a lot of fun."--Nancy Szokan, Washington Post "This book blends two rather different flavours... First is the enormous excitement of working on a front-line problem in science... The other is the great fun Katie has had, and continues to have, being a female physicist... A number of other front-line particle physicists, cosmologists and so forth have also written up their versions of the dark matter story... But none of the other accounts I've read is more fun than The Cosmic Cocktail."--Virginia Trimble, Times Higher Education "This is an important and thought-provoking book."--Shawn Donnan, Financial Times "Freese's extensive research in this field, and her familiarity with many of the other key researchers in dark matter, helps give The Cosmic Cocktail a human touch: she sprinkles into the book anecdotes from her own career and meetings with other scientists throughout."--Jeff Foust, Space Review "Physicist Katherine Freese drinks deep of her life's adventures and cosmic mysteries alike in her captivatingly frank book The Cosmic Cocktail. Why do tales of major scientific endeavours, told from the viewpoint of a single participant, rarely make captivating reading? Frankly, because few scientists are that interesting to the general public, and fewer still possess the trick of passionate engagement. Luckily, The Cosmic Cocktail is an exception... The Cosmic Cocktail is a refreshingly honest account of a frontier field where the author's enthusiasm and sense of fun shine through every page."--Marcus Chown, New Scientist "Check out The Cosmic Cocktail to get an exciting look at the forefront of astrophysics!"--Astro Guyz blog "Freese successfully treads the line between assuming too much of her readers and missing out key aspects of the story to simplify it... [She] gives context and insight into a complex and fast-moving field."--Nicky Guttridge, BBC Sky at Night "[I]f you have some science background and want to improve your overall understanding of the Universe without reaching for a textbook, this could be just the thing."--Ruth Angus, BBC Focus Magazine "The story is fascinating, well told, and the balance, I think, is just right. This is a rapidly developing field of research."--Anthony Toole, Amazon.co.uk "Freese is not the first scientist to delve into the mysteries of cosmology with a popular science book, but she seems to have the most fun doing it. It's as if she's sitting at a bar describing the cool stuff she studies every day... Interspersed with explanations chock-full of historical figures, numbers and acronyms are valuable insights into the human side of science."--Science News "Freese's writing style interweaves anecdotes from her personal life with the scientific explanations... Especially on the topic of dark-matter detection, the book provides a valuable, nontechnical, and up-to-date overview."--Sabine Hossenfelder, Physics Today "This new book covers in clear prose the fundamental knowledge underlying the present stage of dark matter physics. Anecdotes on the history of cosmology, inclu

Katherine Freese is director of Nordita, the Nordic Institute for Theoretical Physics, in Stockholm, and professor of physics at the University of Michigan.

Preface ix 1 The Golden Era of Particle Cosmology, or How I Joined the Chicago Mafia 1 New York City; Fermilab: The Atom Smasher in the Prairie; Chicago: A New Zeitgeist in Cosmology; Dunkle Materie: The Dark Enigma; WIMPs at Harvard 2 How Do Cosmologists Know Dark Matter Exists? The Beginning of the Dark Matter Story 9 What Do Galaxies Look Like?; Observational Evidence for Dark Matter; Formation of Galaxies and Clusters; Dark Matter Dominates 3 The Big Picture of the Universe: Einstein and the Big Bang 35 Geometry of the Universe; Cosmic Microwave Background; Outer Space and the Queen of Sweden; Pie Picture of the Universe 4 Big Bang Nucleosynthesis Proves That Atomic Matter Constitutes Only 5% of the Universe 67 A Story about Big Bang Nucleosynthesis; Particles in the Early Universe: A Primordial Soup; Origins of the Elements; Atoms Make Up Only 5% of the Universe 5 What Is Dark Matter? 83 Rocks or Dust; Matter and Antimatter; Neutrinos; MACHOs; Black Holes; The Particle Zoo; The WIMP Miracle; WIMPs in the Human Body and a Tennis Match 6 The Discovery of the Higgs Boson 108 Atom Smashers: The Large Hadron Collider; CERN; Discovery of the Higgs 7 The Experimental Hunt for Dark Matter Particles 123 The Three Prongs of the Hunt for Dark Matter; Dark Matter at the Atom Smasher at CERN: Missing Energy plus Jets; What Has CERN Done for Society?; Will the LHC Bring Doomsday?; Direct Detection: Abandoned Mines, Alpine Tunnels, and Nightclubs in Jerusalem; Indirect Detection: Annihilations in Space and at the South Pole 8 Claims of Detection: Are They Real? 147 Direct Detection in Underground Laboratories; Indirect Detection of WIMP Annihilation: Positrons, Neutrinos, and Gamma Rays; The Future of Dark Matter Experiments 9 Dark Energy and the Fate of the Universe 183 Rounding Out the Universe: Type IA Supernovae and Dark Energy; The Future of the Universe; Epicycles; Epilogue Afterword: Dark Stars 215 Acknowledgments 219 Notes 221 Suggestions for Further Reading 233 Index 235