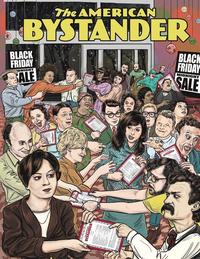 Michael Gerber is a bestselling writer; editor of humor magazines; and magazine consultant specializing in humor. He has written for The New Yorker and SNL, among many other places, and his books have sold 1.25 million copies in 25 languages. Barry Trotter and the Shameless Parody is one of the most successful print parodies ever, probably because it introduced a whole generation of English tweens to the concept of a "sex dungeon."