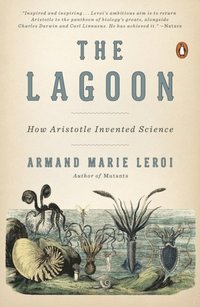 av Armand Marie Leroi
E-bok (EPUB - DRM), Engelska, 2014-09-25
99
Ladda ned
Spara som favorit
Laddas ned direkt
Läs i vår app för iPhone, iPad och Android
Finns även som
Visa alla 1 format & utgåvor
A brilliant study of Aristotle as biologist The philosophical classics of Aristotle loom large over the history of Western thought, but the subject he most loved was biology. He wrote vast volumes about animals. He described them, classified them, told us where and how they live and how they develop in the womb or in the egg. He founded a science. It can even be said that he founded science itself. In The Lagoon, acclaimed biologist Armand Marie Leroi recovers Aristotle?s science. He revisits Aristotle?s writings and the places where he worked. He goes to the eastern Aegean island of Lesbos to see the creatures that Aristotle saw, where he saw them. He explores Aristotle?s observations, his deep ideas, his inspired guesses?and the things he got wildly wrong. He shows how Aristotle?s science is deeply intertwined with his philosophical system and reveals that he was not only the first biologist, but also one of the greatest. The Lagoon is both a travelogue and a study of the origins of science. And it shows how a philosopher who lived almost two millennia ago still has so much to teach us today.
Visa hela texten