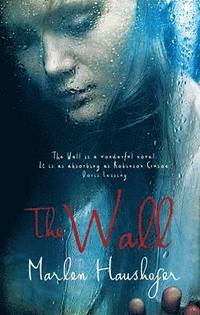 av Marlen Haushofer
Häftad Engelska, 2013-06-01
149
Köp
Spara som favorit
Skickas inom 5-8 vardagar.
Gratis frakt inom Sverige över 159 kr för privatpersoner.
Considered her greatest literary achievement, Marlen Haushofer's The Wall is the story of one quite ordinary, unnamed middle-aged woman who awakens to find she is the last living human on Earth. Surmising her solitude to be the result of a too successful military experiment, she begins the terrifying work of not only survival, but self-renewal. First published in English more than twenty years ago, Quartet Books are proud to issue a brand new edition for 2013.
Visa hela texten

'The Wall is a wonderful novel... It is as absorbing as Robinson Crusoe' --Doris Lessing

Marlen Haushofer is most famous for The Wall. She won numerous awards in her lifetime, including the Grand Austrian State Prize for literature. Although nearly forgotten after her death in 1970, she is now experiencing a revival, with a film of The Wall, Die Wand, receiving rave reviews at the BFI London Film Festival 2012.