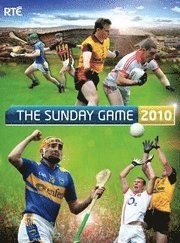 av Michael Lyster
Inbunden Engelska, 2010-11-12
439
Köp
Spara som favorit
Specialorder (osäker tillgång). Skickas inom 11-20 vardagar.
Fri frakt inom Sverige för privatpersoner.
The Sunday Game 2010 records the thrills and spills of the year's GAA season For over 30 years the Sunday Game has been RTE's flagship GAA programme. Fronted by Michael Lyster and Des Cahill, it features well-informed and provocative analysts, among them Ger Loughnane and Joe Brolly. Now the essence of the programme has been captured in a book. Illustrated with over 120 full-colour action photographs and featuring match reports on all the major games in hurling, football and camogie the book covers the entire GAA season from the National League finals right through to the All Ireland Finals. Many of the Sunday Game's familiar faces offer their reflections on the 2010 championship: Marty Morrissey writes about the Munster Hurling Final; Joanne Cantwell examines the role of the stewards; Des Cahill records his thoughts at the end of season. And Michael Lyster reflects on events that led to him becoming the face of the Sunday Game a little over 25 years ago. Punchy, incisive and with action packed photographs, The Sunday Game 2010 is the outstanding review of the 2010 GAA season.
Visa hela texten