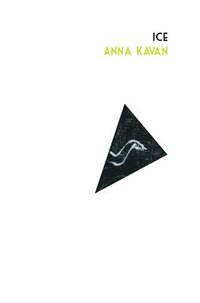 av Anna Kavan
Inbunden Engelska, 2017-09-28
149
Bevaka
Spara som favorit
Tillfälligt slut – klicka "Bevaka" för att få ett mejl så fort boken går att köpa igen.
Finns även som
Visa alla 5 format & utgåvor
A beautiful gift edition of a Anna Kavan's feminist sci-fi classic novel, features a die-cut dust jacket over contemporary art.In a land devastated by war, a nameless narrator pursues an elusive white-haired woman in the clutches of a government official known only as 'The Warden'. Neither will giver her up, but a freak ecological apocalypse is indifferent to their rival claims. As a terrifying wall of ice continues its incursion, freezing everything in its path, it seems that only the white-haired woman is truly resigned to the fate of the world.Anna Kavan's Ice is today hailed as classic of science-fiction and a definitive work of the 'slipstream' genre. As part of the Peter Owen Cased Classics series, this special hardback edition is bound with printed endpapers, head and tail bands and a ribbon marker. The elegant dust jacket features a die cutting of a triangle, while printed on the cover board is the striking artwork of British contemporary artist Naomi Frears. 'Ice is her best novel: a sustained and extended metaphor for the descent into, and traverse of, the ice-laden world of the addict ... a marvel of descriptive, chilling writing, rich in action and introspection.' - Christopher Priest
Visa hela texten

'A classic, a vision of unremitting intensity which combines some remarkable imaginative writing with what amounts to a love-song to the end of the world. Not a word is wasted, not an image is out of place.' - Times Literary Supplement; 'Few contemporary novelists could match the intensity of her vision.' - J.G. Ballard; 'There is nothing else like it...This ice is not psychological ice or metaphysical ice; here the loneliness of childhood has been magicked into a physical reality as hallucinatory as the Ancient Mariner's.' - Doris Lessing; 'Ice is her best novel: a sustained and extended metaphor for the descent into, and traverse of, the ice-laden world of the addict ... a marvel of descriptive, chilling writing, rich in action and introspection.' - Christopher Priest;

ANNA KAVAN (1901-1968), born Helen Woods, was a British novelist who emerged from a Swiss asylum in 1938 with a pen-name adopted from one of her fictional characters. Her early work dealt with oppressive domestic, relationships, but her work as Anna Kavan was openly more experimental the more it became an expression of her mental health and a life-long addiction to heroin. Now a cult figure, her writing, which includes the novels Sleep has his House, Asylum Piece and Ice, has been compared to Kafka, Woolf and Ballard.