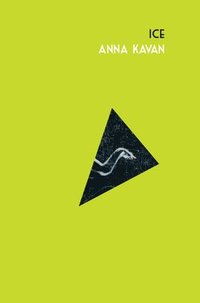 av Anna Kavan
Inbunden Engelska, 2020-11-05
163
Köp
Spara som favorit
Skickas inom 5-8 vardagar.
Gratis frakt inom Sverige över 159 kr för privatpersoner.
Finns även som
Visa alla 5 format & utgåvor
In a land devastated by war, a nameless narrator pursues an elusive white-haired woman in the clutches of a government official known only as 'The Warden'. Neither will giver her up, but a freak ecological apocalypse is indifferent to their rival claims. As a terrifying wall of ice continues its incursion, freezing everything in its path, it seems that only the white-haired woman is truly resigned to the fate of the world. Anna Kavan's Ice is today hailed as classic of science-fiction and a definitive work of the 'slipstream' genre. As part of the new editions of the Peter Owen Cased Classics series, this special hardback edition carries a dust jacket with false die-cutting of a triangle, while printed on the cover board is the striking artwork of British contemporary artist Naomi Frears.
Visa hela texten

'Ice is her best novel: a sustained and extended metaphor for the descent into, and traverse of, the ice-laden world of the addict ... a marvel of descriptive, chilling writing, rich in action and introspection.' - Christopher Priest; 'A classic, a vision of unremitting intensity which combines some remarkable imaginative writing with what amounts to a love-song to the end of the world. Not a word is wasted, not an image is out of place.' - Times Literary Supplement; 'One of the most mysterious of modern writers, Anna Kavan created a uniquely fascinating fictional world. Few contemporary novelists could match the intensity of her vision.' - J G Ballard; 'Kavan's grasp of the futuristic dimension of her form is uncommonly good. She predicted not only the neutron bomb but also the nuclear winter ... Ice should have been filmed by Lindsay Anderson.' - British Science Fiction Association; 'Astonishes with poetic brilliance' - Sunday Telegraph; 'One of the most terrifying postulations about the end of the world ... one can only admire the strength and courage of this visionary.' - The Times; 'To say it is Kafkaesque or sci-fi would be to minimise a true classic.' - New Statesman

ANNA KAVAN (1901-1968), nee Helen Woods, was born in Cannes - probably in 1901; she was evasive about the facts of her life - and spent her childhood in Europe, the USA and England. Twice married and divorced, she began writing while living with her first husband in Burma and was published under her married name of Helen Ferguson. In the wake of the collapse of her second marriage, she suffered the first of many nervous breakdowns and was confined to a clinic in Switzerland; she emerged from her incarceration with a new name - Anna Kavan, the protagonist of her 1930 novel Let Me Alone - an outwardly different persona and a new literary style. Her first novel in this guise was Asylum Piece, and it achieved for her a certain recognition. She was a long-term heroin addict and suffered periodic bouts of mental illness, and these facets of her life feature prominently in her novels and short stories. She died in 1968 of heart failure soon after the publication of her most celebrated work, the novel Ice.