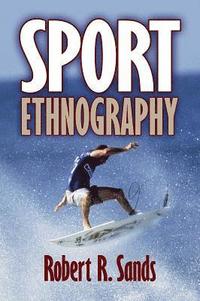 This work incorporates methodological case studies to illustrate field techniques in specific sport situations. Ethnographic methods and the fundamentals of fieldwork conveyed through examples of sport ethnography give the reader a familiarity not found in any other ethnography text. It also addresses the recent controversy, both in anthropology and other social science fields, surrounding what the data actually means and how the reader can use the data that is ultimately collected. Professional ethnography is far more than recording behaviour through a video lens or a microphone, catching behaviour in a snapshot, or describing it in a notebook; it requires a thorough knowledge of fieldwork. The book provides the reader with this comprehensive understanding by presenting detailed information on: participant observation; interviewing and establishing rapport; interpretation of experience; analyzing and writing about culture; and an understanding of ethics.
Visa hela texten

<p>The foremost authority in the field of sport and culture, Robert R. Sands, PhD, has published extensively on sport and culture. Sands, no stranger to participant-observation fieldwork, authored "Instant Acceleration: Living in the Fast Lane and Gutcheck! An Anthropologist's Wild Ride Into the Heart of College Football." He also authored the first-ever primer on sport and culture, "Sport and Culture: At Play in the Fields of Anthropology, " and edited a first-ever volume on anthropology of sport, "Anthropology, Sport and Culture." <p>Sands' unique hands-on participant-observation method of research produces not only an insider's perspective but also allows Sands to experience the same cultural experiences as those he is studying. He has studied African-American and Caucasian collegiate basketball players, African-American collegiate sprinters, and junior college football teams. He is currently involved in participant-observation ethnography of the Southern California surfing culture.<p>Sands earned his doctorate in anthropology from the University of Illinois.