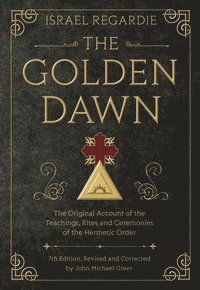 The Original Account of the Teachings, Rites, and Ceremonies of the Hermetic Order

Israel Regardie (1907-1985) was a pupil of Aleister Crowley and a mem--ber of the Stella Matutina Temple of the Order of the Golden Dawn. He is credited with removing the veil of secrecy surrounding Western occultism, helping to usher in a new age of magical study and practice. John Michael Greer (Western Maryland) has practiced magic of the Western mystery traditions for nearly forty years. His background includes initiation in several orders, including the Hermetic Order of the Golden Dawn and the Order of Bards, Ovates, and Druids. Greer currently serves as the Grand Archdruid of the Ancient Order of Druids in America (AODA).