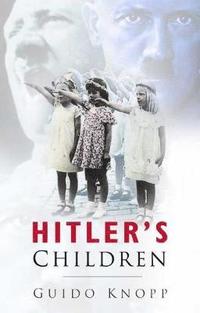 Dr Guido Knopp is head of history and current affairs at ZDF, Germany's second national television channel, and has received numerous awards for his documentaries and texts. He was also editor of the 'Frankfurter Allgemeine Zeiutung', and later foreign editor of the 'Welt am Sonntag'. His books include 'Hitler's Henchmen' and 'Hitler's Holocaust' (Sutton)