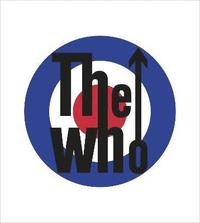 Pete Townshend (Author) Pete Townshend, The Who's guitarist and principal songwriter, was born into a musical family in Chiswick, West London, on May 19, 1945. Pete continues to write and perform with The Who, who celebrate their 50th anniversary with a world tour in 2014/2015. Pete published his bestselling memoir Who I Am in 2012. Roger Daltrey (Author) The Who's lead singer, Roger Daltrey was born in the West London suburb of Shepherd's Bush on March 1, 1944. Roger now divides his time between working with The Who and with his solo band, as well as continuing to devote a huge amount of his time to Teenage Cancer Trust and Teen Cancer America. He is currently touring with The Who to celebrate the band's 50th anniversary. Ben Marshall (Author) Ben Marshall is a music writer, cultural commentator and journalist, with a life-long passion for The Who. Ben began writing in the 1980s and has worked for Melody Maker, Loaded and GQ, and has subsequently written for The Evening Standard, the Guardian, Rolling Stone and the Observer among others, on film, music and culture.