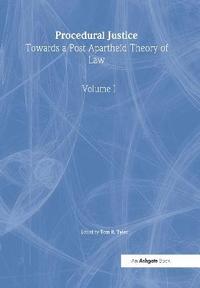 Procedural Justice, Volumes I and II

av Tom R Tyler
Inbunden Engelska, 2005-11-01
6069
Köp
Spara som favorit
Skickas inom 7-10 vardagar.
Fri frakt inom Sverige för privatpersoner.
The ability to effectively manage interpersonal and intergroup conflict has never seemed more important or more relevant to current societal problems than it does today. This volume assembles articles on one of the most important emerging ideas in the social psychology of conflict management - procedural justice. Procedural justice research suggests that people's reactions to conflict resolution decisions in social settings are strongly influenced by their evaluations of the fairness of the procedures used to create rules and make decisions. Procedural justice is found to be particularly important when people are reacting to decisions made by third party authorities. These findings suggest an approach to managing conflicts and exercising authority that has proven to be effective in a wide variety of settings, ranging from mediating interpersonal conflicts to gaining acceptance for legislative decisions and judicial rulings. The articles in this volume explore the range of procedural justice effects, as well as trying to understand why procedural justice has the powerful influences observed in research. An introductory essay provides a framework for understanding the implications of procedural justice research for the fields of social psychology, management, law and politics.
Visa hela texten