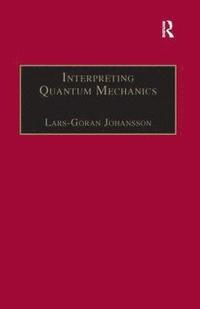 A Realistic View in Schrodinger's Vein

av Lars-Goeran Johansson
Inbunden Engelska, 2007-08-01
1859
Köp
Spara som favorit
Finns även som
Visa alla 1 format & utgåvor
Presenting a realistic interpretation of quantum mechanics and, in particular, a realistic view of quantum waves, this book defends, with one exception, Schrodinger's views on quantum mechanics. Johansson goes on to defend the view that the collapse of a wave function during a measurement is a real physical collapse of a wave and argues that the collapse is a consequence of quantisation of interaction. Lastly Johansson argues for a revised principle of individuation in the quantum domain and that this principle enables a sort of explanation of non-local phenomena.
Visa hela texten

'This is a fascinating book and I learnt a lot from reading it. Johansson introduces a new, highly interesting definition of realism and carries it through in a discussion of the major issues in the philosophy of quantum mechanics. In doing this he adds important new insights in the subject. I strongly recommend this book to all who are interested in the philosophy of physics.' Sven Ove Hansson, KTH (Royal University of Technology) Sweden 'Interpreting Quantum Mechanics argues for a revival of a revised version of SchrAdingerAs assumption that the quantum physical reality ultimately consists of waves. It is, according to the author, an unfortunate combination of accidental historical circumstances and the mathematical difficulty of developing a wave-ontology consistent with quantisation that has hindered progress in this direction. The book convincingly argues that such an ontological program is possible and that it is the first step towards a realistic interpretation of QM. This modified version of SchrAdinger's approach capably handles well-known interpretational problems in QM, such as the Born rule, the wave-particle dualism, the measurement problem and non-locality. The presentation and discussion is carried out both on a technical and an intuitive level and is therefore accessible to philosophers without extensive background in physics, as well as physicists who do not have a philosophical background. A number of alternative contemporary ways to deal with the above four questions and the interpretation of the quantum formalism in general is also presented and evaluated in a competent and penetrating way. Martin Edman, UmeAY University, Sweden

Lars-GAran Johansson is from the Department of Philosophy at Uppsala University, Sweden.