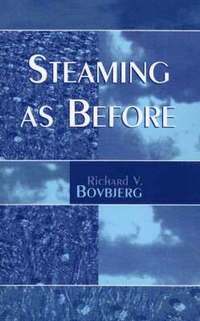 av Richard V Bovbjerg
Häftad Engelska, 2004-03-01
529
Köp
Spara som favorit
Skickas inom 10-15 vardagar.
Fri frakt inom Sverige för privatpersoner.
Thrust into the position of captain by the necessity of war, Richard Bovbjerg, a young biologist, chronicles a fascinating look at the lives of men aboard a minesweeper, the YMS 353. Bovbjerg guides his crew from Miami, Florida through the South Pacific to the Philippines in the closing year of World War II. From their small wooden hulled boat, Bovbjerg and his crew experience the boredom of endless days at sea punctuated by kamikaze attacks, meetings with a Stone Age tribe in the South Pacific, shore leaves in pre-revolutionary Cuba, the creativity necessary to survive Navy bureaucracy, the terror of tropical typhoons among uncharted reefs, the endless terror of mines, and finally, miraculously, their survival without casualty. An intimate, gritty testimony to be shared by the captains and sailors of the Pacific minesweepers with their children and with all those interested in the daily realities of war, Steaming as Before provides a compelling account of war from life at the base in Miami to the liberation of Palau.
Visa hela texten

Bloggat om Steaming as Before

Richard V. Bovbjerg, deceased, was a former Captain in the United States Navy.