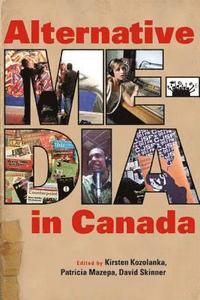 Alternative Media in Canada represents the first edited collection of its type, an academic work seeking to elaborate the contours of the field specifically within the borders of the Canadian state. As such (in addition to securing a succinct title), it fills a substantial void ... As the first book to focus a wide-angle lens upon "alternative media" within the borders of the Canadian state, Alternative Media in Canada stands out as a unique resource for teaching in Canadian institutions-and the quality, range, and relevance of contributions should reward not only those of us with particular interest in alternative media, communication policy studies, and the political economy of communication, but also scholars of media, politics, and social movements more generally, as well as media makers outside the mainstream, social justice activists, and engaged citizens. -- Mike Paul Mowbray, Simon Fraser University * Canadian Journal of Communication, Vol 38, 2012 *