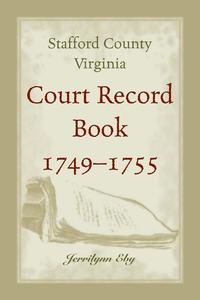 av Jerrilynn Eby
Häftad Engelska, 2016-11-08
359
Köp
Spara som favorit
Skickas inom 10-15 vardagar.
Fri frakt inom Sverige för privatpersoner.
In 1862, General Sickles? Excelsior Brigade conducted two devastating raids on Stafford?s courthouse and clerk?s office. Few records were spared and what the vandals didn?t destroy or ruin, they stole as souvenirs. Lost at this time was the court?s colonial seal, the Bible used at the court bench, an unknown quantity of early loose papers, and a number of bound volumes of court records. After the peace, the Stafford magistrates endeavored to retrieve missing court record books as their whereabouts became known. In 1866 and 1868, two of these were located in Maryland and brought back; one was located, and still remains, in California. On March 30, 1863, a court order book spanning the years 1749?1755 was either stolen or otherwise obtained by Captain William A. Treadwell. This book was passed down through several generations of his family, then presented to the Hudson County (New Jersey) Historical Society, and finally, the tattered book was turned over to the Library of Virginia. The library scanned each page to make it available to researchers and a copy was placed in the Stafford County Clerk?s office. It was routine for old court records to be re-copied as they became faded or damaged; that was one of the duties of the Clerk of Court. The copy taken by Captain Treadwell is a transcript prepared in October 1791. During the years these minutes were being recorded, the courthouse was burned, rebuilt, and burned again; the rebuilding and second burning and the capture of the perpetrator are recorded in the minutes. This volume is a splendid source of genealogical material, which also provides fascinating insights into slavery, indentured servants, and law and criminal justice in the mid-eighteenth century. These abstracts are fully indexed, making full-names, businesses, places and subjects easy to locate within the records.
Visa hela texten