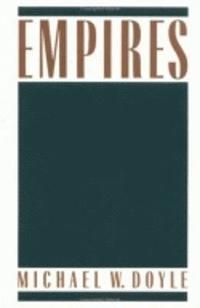 av Michael Doyle
Häftad Engelska, 1986-04-01
329
Köp
Spara som favorit
Kan levereras innan julafton!
Finns även som
Visa alla 1 format & utgåvor
Although empires have shaped the political development of virtually all the states of the modern world, "imperialism" has not figured largely in the mainstream of scholarly literature. This book seeks to account for the imperial phenomenon and to establish its importance as a subject in the study of the theory of world politics. Michael Doyle believes that empires can best be defined as relationships of effective political control imposed by some political societies-those called metropoles-on other political societies-called peripheries. To build an explanation of the birth, life, and death of empires, he starts with an overview and critique of the leading theories of imperialism. Supplementing theoretical analysis with historical description, he considers episodes from the life cycles of empires from the classical and modern world, concentrating on the nineteenth-century scramble for Africa. He describes in detail the slow entanglement of the peripheral societies on the Nile and the Niger with metropolitan power, the survival of independent Ethiopia, Bismarck's manipulation of imperial diplomacy for European ends, the race for imperial possession in the 1880s, and the rapid setting of the imperial sun. Combining a sensitivity to historical detail with a judicious search for general patterns, Empires will engage the attention of social scientists in many disciplines.
Visa hela texten

"As a contribution to multicausal analysis of social change, this is a major work. And, as a general introduction to European imperialism, its theoretical sophistication, broad sweep, and the clear presentation and organization of historical detail leave it with few peers." * American Journal of Sociology * "Ranging from the Athenian empire to the nineteenth century, Michael W. Doyle attempts to construct a historical sociology of empires that will encompass imperialism's infinite variety.... He recognizes the diversity of empires and imperial motivation, the French 'civilizing mission,' Spanish Catholicism and, implicitly, British 'muscular Christianity.'... The overall argument... has a persuasive simplicity and symmetry.... Empires is an excellent introduction to current theories of imperialism, and an interesting attempt at a new synthesis." * Times Literary Supplement * "The analysis of the causes and patterns of imperialism has long been a difficult academic exercise.... To structure this far-ranging phenomenon and arrange its course in a concise, interpretive essay takes pluck, if a good adjective from the derring-do novels of empire may be used here. Michael W. Doyle had that pluck and has succeeded remarkably well in his task. This is a splendid essay, an effective combination of broad historical analysis and well-presented theoretical assessments derived from the social sciences. The book will no doubt stand as one of the best contemporary syntheses of the progress of imperialism.... Doyle has read widely and well. He has mastered his material and has done with it something masterly: he has made the whole more than the sum of the parts. What follows next from the lively mind of this scholar will be pleasantly anticipated." * American Historical Review *