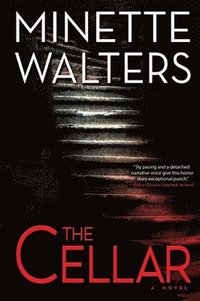 av Minette Walters
Inbunden Engelska, 2016-02-02
239
Bevaka
Spara som favorit
Tillfälligt slut – klicka "Bevaka" för att få ett mejl så fort boken går att köpa igen.
Finns även som
Visa alla 1 format & utgåvor
From the internationally bestselling, award-winning crime writer Minette Walters, The Cellar is a harrowing, compulsively readable novel about a family of African immigrants, the Songolis, and the dark secret they keep hidden in the depths of their seemingly respectable British home. On the day Mr. and Mrs. Songoli's young son fails to come home from school, fourteen-year-old Muna's fortunes change for the better. Until then, her bedroom was a dank windowless cellar, her activities confined to cooking and cleaning. Over the years, she had grown used to being abused by the Songoli family--to being their slave. Now that Scotland Yard has swarmed the Songoli house to investigate the disappearance of the son, Muna is given a real bedroom, real clothing, and treated, at least nominally, as a daughter. But her world remains confined. She is not allowed to go outside, doesn't know how to read or write, and cannot speak English. At least that's what the Songolis believe. Before long it becomes clear that young Muna is far cleverer--and her plans more terrifying--than the Songolis, or anyone else, can ever imagine.
Visa hela texten

Praise for The Cellar A Deadly Pleasures Best Novel of the Year "When you read about sadists who have brutalized their housekeepers or au pairs, you try not to think about what life was like for those poor slaveys. But Minette Walters lets her imagination run free in The Cellar. An intimate and upsetting story about Ebuka and Yetunde Songoli, a rich immigrant couple from an unnamed West African nation who claimed 8-year-old Muna from an orphanage and took her to England . . . [Walters] writes with the subtle cruelty and pitiless insights of [Ruth Rendell's] alter ego, Barbara Vine."--Marilyn Stasio, New York Times Book Review "This short work reads like a recipe for evil and may well induce a nightmare or two . . . Sly pacing and a detached narrative voice give this horror story exceptional punch."--Kirkus Reviews (starred review) "The Cellar is a shocker . . . A powerful work . . . A multi-layered novel packed full to the brim of its pages with quiet horror and realism . . . If you are unfamiliar with Walters' other work, you will want to acquaint yourself sooner rather than later."--Bookreporter "Haunting . . . Walters nails a perfect blend of psychological suspense and social commentary that resonates long after the book is over."--Publishers Weekly "Those who enjoy their fairy tales fractured, in the style of Angela Carter and Roald Dahl, will revel in this decidedly dark and droll retelling of the story of a kick-ass Cinderella by veteran writer Walters."--Library Journal "A harrowing thriller . . . My blood ran cold, and I couldn't put it down. Walters' use of language is especially good . . . I highly recommend it."--Killer Nashville "A dark, disturbing tale told very, very well . . . A taut and harrowing exploration of man's capacity to inflict pain and cruelty in the complete absence of a moral compass. There are no subplots or extraneous characters to distract from this powerful story . . . Walters tells Muna's story in unsparing language . . . It is a remarkable achievement that starkly illustrates the horrors we are capable of inflicting upon one another."--Washington Independent Review of Books "A compulsive (and gruesome) read."--Independent (UK) "Creepy . . . a domestic horror about punishment and retribution."--Sydney Morning Herald

Minette Walters is the critically acclaimed and internationally bestselling author of suspense novels including Innocent Victims, Disordered Minds, and Acid Row. She is the recipient of the Edgar Award for Best Novel and the Macavity Award for The Sculptress, two CWA Gold Dagger Awards, and the CWA John Creasey award for best first novel for The Ice House.