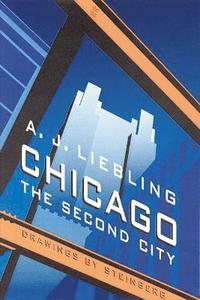 av A J Liebling
Häftad Engelska, 2004-03-01
189
Köp
Spara som favorit
Skickas inom 5-8 vardagar.
Fri frakt inom Sverige för privatpersoner.
Many Chicagoans rose in protest over A. J. Liebling's tongue-in-cheek tour of their fair city in 1952. Liebling found much to admire in the Windy City's people and culture-its colorful language, its political sophistication, its sense of its own history and specialness, but Liebling offended that city's image of itself when he discussed its entertainments, its built landscapes, and its mental isolation from the world's affairs. Liebling, a writer and editor for the New Yorker, lived in Chicago for nearly a year. While he found a home among its colorful inhabitants, he couldn't help comparing Chicago with some other cities he had seen and loved, notably Paris, London, and especially New York. His magazine columns brought down on him a storm of protests and denials from Chicago's defenders, and he gently and humorously answers their charges and acknowledges his errors in a foreword written especially for the book edition. Liebling describes the restaurants, saloons, and striptease joints; the newspapers, cocktail parties, and political wards; the university; and the defining event in Chicago's mythic past, the Saint Valentine's Day Massacre. Illustrated by Steinberg, Chicago is a loving, if chiding, portrait of a great American metropolis.
Visa hela texten

"He has shown his readers in his lively, sardonic style exactly the split-personality city that he feels Chicago to be."-San Francisco Chronicle * San Francisco Chronicle * "Mr. Liebling's entertaining book can be highly recommended."-New York Herald Tribune * New York Herald Tribune * "Good entertainment. The book is attractively designed, the illustrations are first-rate and Mr. Liebling can write."-New York Times * New York Times * "Alex Kotlowitz's Never a City So Real has a different style and tone from A.J. Liebling's 1952 tongue-in-cheek book about Chicago, but they belong on the same elevated bookshelf of Chicago classics. The series in The New Yorker that this book is based on elicited a slew of protests from Chicagoans, which Liebling answers in this witty volume."-Elizabeth Taylor, The Chicago Tribune -- Elizabeth Taylor * The Chicago Tribune *

A. J. Liebling (1904-63) was a longtime contributor and columnist for the New Yorker. He wrote The Sweet Science and nineteen other books of nonfiction, including Mollie and Other War Pieces, also available in a Bison Books edition. Saul Steinberg was a cartoonist and illustrator best known for his covers and illustrations in the New Yorker.