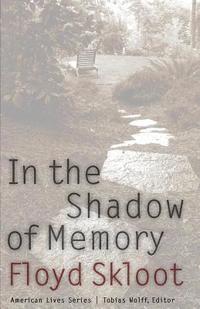 In the Shadow of Memory

av Floyd Skloot
Häftad Engelska, 2004-09-01
169
Köp
Spara som favorit
Finns även som
Visa alla 1 format & utgåvor
In December 1988 Floyd Skloot was stricken by a virus that targeted his brain, leaving him totally disabled and utterly changed. In the Shadow of Memory is an intimate picture of what it is like to find oneself possessed of a ravaged memory and unstable balance and confronted by wholesale changes in both cognitive and emotional powers. Skloot also explores the gradual reassembling of himself, putting together his scattered memories, rediscovering the meaning of childhood and family history, and learning a new way to be at home in the world. Combining the author's skills as a poet and novelist, this book finds humor, meaning, and hope in the story of a fragmented life made whole by love and the courage to thrive.
Visa hela texten

"Skloot has created a luminous yet brutally candid memoir. . . . This book possesses a gravity and immensity that belie its brief length."-Julia Keller, Chicago Tribune * Chicago Tribune * "Bracingly triumphant . . . [Skloot] is a master of the genre, deftly incorporating neuroscience and autobiography, vivid detail and hard-won emotional truth. . . . Think of In the Shadow of Memory as an Oliver Sacks work written from the inside out, the neurological patient as narrator of his own condition."-Dan Cryer, Newsday -- Dan Cryer * Newsday * "Tightly written and beautifully constructed. . . . A tribute to the creative spirit, which is beyond anything as fragile as the thinking mind."-David Guy, The Seattle Times -- David Guy * The Seattle Times * "[W]hile the early descriptions of his condition are fascinating, by far the more vivid part of the book is the latter two-thirds, where he gives us distant and recent memories of his family. The mind that created these pages may be halting, but it is entirely whole. . . . These chapters of family memory are tightly written and beautifully constructed, so we are astonished toward the end of one when Skloot mentions that it has taken him 11 months to write 13 pages. Earlier he had spoken of writing as a way of facing down the 'insult' of his injury. This whole book is an instance of that, and a tribute to the creative spirit, which is beyond anything as fragile as the thinking mind."-David Guy, Washington Post -- David Guy * Washington Post * "A poignant memoir of his experience with virally induced brain damage. . . . Skloot's gemlike essays strive to make sense of this experience. . . . Never self-indulgent, the book is a clear-eyed investigation into our powers of recall, especially as they relate to painful familial pasts, and a look at how we never stop trying to make something transcendent of our disturbing memories. . . . With this searing honesty, Skloot's essays add up to a profoundly moving tale of emotion triumphing over the analytical, of the importance of accepting family shortcomings rather than trying to rewrite the past. The world Skloot delineates is one in which brain damage, like troubled family histories, offers backhanded kinds of blessings-blessings he nonetheless celebrates with refreshing candor."-Bernadette Murphy, Los Angeles Times -- Bernadette Murphy * Los Angeles Times * "In this remarkable collection of essays, part of the American Lives series (edited by Tobias Wolff), Skloot conveys what it is like to live with a damaged brain. . . . This is an unusual and engrossing memoir written with intelligence, honesty, perception and humor."-Publishers Weekly * Publishers Weekly *

Floyd Skloot is the author of three novels, four collections of poetry, and a collection of essays, The Night Side. Individual essays from In the Shadow of Memory have been included in the anthologies The Best American Essays, The Art of the Essay 1999, and The Best American Science Writing 2000. The essay "A Measure of Acceptance" won the 2004 Pushcart Prize.