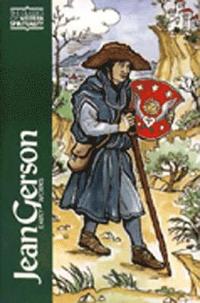 av Jean Gerson
Häftad Engelska, 2001-03-01
299
Köp
Spara som favorit
Skickas inom 3-6 vardagar.
Fri frakt inom Sverige för privatpersoner.
"The Classics series, which has inspired many less successful imitations over the years, has fulfilled its promise and given us an invaluable resource of the soul." The Catholic Historical Review Jean Gerson: Early Works translated and introduced by Brian Patrick McGuire preface by Bernard McGinn "However much advanced scholarship and great learning in God's law may be quite suitable for the person who wishes to come to the height of contemplation, nevertheless sometimes such knowledge blocks this pursuit. Learning is not in itself a problem. Rather, it is the arrogance and the self-inflation that the learned person derives from his knowledge. For it is clearly impossible to reach true contemplation except through humility, as the Apostle teaches (1 Cor 3:18). For if anyone, he says, seems wise in this world, he must become a fool in order to be wise. In other words, he should take on humble understanding and consider himself a fool with regard to God's wisdom. From The Mountain of Contemplation [2] Jean Gerson (1363-1429), chancellor of the University of Paris from 1395 until his death, was one of the outstanding theologians and preachers of his time. Today he is all but forgotten, except in terms of his role in resolving the schism of the Western Church. Gerson deserves to be seen as a man of great passion and learning. He sought to map the path to the contemplative life in a way that made it accessible to groups outside the universities. Partly because of continuing closeness to members of his family, especially his sisters, Gerson insisted on writing many of his works in French. His Mountain of Contemplation is a major event in the history of language and in terms of gender relations in the religious life. Gerson knew how innovative his approach was, for he opened his treatise with the words: "Some persons will wonder and ask why, in a matter so lofty as that of the contemplative life, I choose to write in French rather than in Latin, and more to women than to men." Thanks to Gerson's personal letters, translated here for the first time, it is possible to get close to the doubts and pain of a man who sought the vision of god and yearned for affective bonds. Gerson's life and writings can be seen as a search for unity in the midst of a rich and chaotic age whose spirituality we are only now beginning to appreciate. In giving advice to confessors, attacking the Romance of the Rose, preaching on the feast of Saint Bernard of Clairvaux, discerning between true and false revelations, and in outlining his Practical Mystical Theology, Gerson emerges as one of the most articulate voices of a Christian spirituality that transcends the Middle Ages and speaks to our time.
Visa hela texten