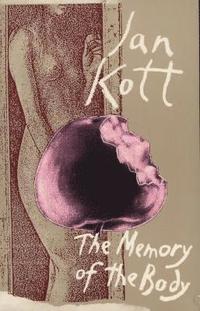 The Memory of the Body: Essays on Theatre and Death

Essays on Theater and Death

av Jan Kott
Häftad Engelska, 1992-12-01
289
Bevaka
Spara som favorit
Tillfälligt slut – klicka "Bevaka" för att få ett mejl så fort boken går att köpa igen.
To see through the eyes of essayist and dramaturge Jan Kott is to gain in knowledge not just of the theater but also of human culture. Since his Shakespeare Our Contemporary appeared in English in 1964, Kott's work has altered--and strengthened--the way critics and the public approach the theater as a whole. The Memory of the Body highlights a number of dramatic personalities and personages: authors and directors Witkiewicz, Brecht, Kantor, Grotoswki, Ingmar Bergman, Wedekind; Tilly Newes on the stage in turn-of-the-century Vienna; the all-too-mortal, two-thirds divine Gilgamesh; and a shaman in rural Korea. In a style flecked with passion, poignancy, and wit, Kott moves beyond a mere discussion of theater to speak of eroticism, painting, love, and death.
Visa hela texten

"Kott is a truly outstanding drama critic of a type which goes back to Dr. Johnson, Lessing, Coleridge, Hazlitt, or Edmund Wilson. . . . He has the gift of seeing connections between literature, philosophy, anthropology, political theory, and psychology which are only open to so widely read and so cultured a mind as his." --Martin Esslin

Bloggat om The Memory of the Body: Essays on Theatre...

Jan Kott, formerly professor of literature at the University of Warsaw, left Poland for the United States in 1966. He has taught at Yale, the University of California at Berkeley, and the State University of New York at Stony Brook, as well as overseas in Japan, at the Catholic University at Louvain in Belgium, and at the Hebrew University in Jerusalem. In 1964 he received the Herder Award in Vienna, and in 1984 the George Jean Nathan Award for Dramatic Criticism. His other books include The Theater of Essence, The Bottom Translation, The Eating of the Gods, and Four Decades of Polish Essays (editor), all published by Northwestern University Press.