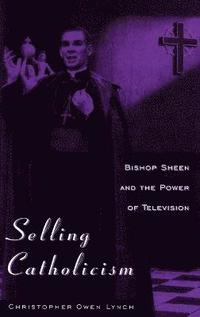 Bishop Sheen and the Power of Television

av Christopher Lynch
Inbunden Engelska, 1998-09-01
559
Köp
Spara som favorit
Skickas inom 5-8 vardagar.
Fri frakt inom Sverige för privatpersoner.
They were the forgotten commanders of World War II. While the names of Bradley and Patton became household words for Americans, few could identify Krueger or Eichelberger. They served under General Douglas MacArthur, a military genius with an enormous ego who dominated publicity from the Southwest Pacific during the American advance from Australia, through New Guinea, to the Philippines. While people at home read about the great victories that were won by "MacArthur's navy" and "MacArthur's air force," his subordinates labored in obscurity, fearful lest attention from the press lead to their replacement. Historians too have paid little attention to the men who fought so well in the far reaches of the Pacific, and not a single biography has appeared in the decades since V-J Day. Yet General Blamey played a key role in the early battles of New Guinea. Generals Krueger and Eichelberger led American armies to major victories over the Japanese. General Kenney was one of the foremost air strategists of the war, while few airmen could match General Whitehead's tactical brilliance. Admiral Kinkaid took a crucial part in one of the greatest naval engagements in history. Admiral Barbey was an acknowledged master of amphibious warfare. We Shall Return! addresses a serious shortcoming in the literature of World War II. Revealed for the first time is the full extent of the contributions made by MacArthur's commanders to the defeat of the Japanese. As the authors of these essays so ably demonstrate, many of MacArthur's bold decisions and innovative tactics were urged upon him by his subordinates. Clearly, these men deserve more credit for his successes than they have received.
Visa hela texten

"About the power of television and how one man used it so effectively. [UNVERIFIED--GARBLED IN TRANSITION TO NEW DATABASE]" -- Journal of American History "Named the 1999 Book of the Year by the Religious Communication Association." -- "Not only was Fulton Sheen the only ostensibly religious broadcaster to ever be commercially viable on television, but he enjoys residual popularity today." -- John P. Ferre, University of Louisville

Christopher Lynch is an assistant professor and freshman seminar director in the Department of Communication and Theatre at Kean University, New Jersey.